In recent years, our lab was interested in the role of a family of transcription factors, the Interferon-Regulatory-Factors (IRFs) for T helper cell differentiation. In this regard, we have contributed to the finding that IRF1 is a very important pro Th1 acting factor: IRF1 independently targets an amazing variety of genes which are implicated in Th1 differentiation.

As a consequence, IRF1 deficiency creates a strong bias for Th2 responses and we have demonstrated implications of this bias during infection with the parasite Leishmania major or the bacterial pathogen Helicobacter pylori.

Also, we showed that IRF1 is a susceptibility gene for atopy in the human.

In contrast to IRF1, our work has attributed important roles during Th2, Th9, Th17 and follicular T helper (TFH), but not Th1 differentiation to the family member IRF4. As an important consequence, IRF4 deficient mice are totally resistant to the development of EAE, a Th17 supported mouse model for multiple sclerosis.

This deficiency has striking effects on the development of draining lymph nodes and TFH cells during leishmaniasis: after initial hyperplasia, the lymph node cells disappear due to apoptosis, accompanied by an inability for induced germinal center GC formation.

Both, cell death and GC formation can be rescued by wild-type CD4+ T cells.

This divergent role of IRF4 is not limited to T cell differentiation. Others have shown that IRF4 represents a disease-determining risk factor during lymphoma. Despite this, our recent data demonstrate that old IRF4 deficient mice are prone to spontaneous lymphoma development, i.e. pro- and anti-proliferative characteristics of IRF4 are both present, even in lymphoma.

In this talk, I will first give a general overview on T cell differentiation in the context of cytokine production with a particular touch on plasticity. Thereafter, I will integrate these principles into our above mentioned work on IRFs and in particular IRF4.

Registration required for the 'Meet & Eat' - send us an email.

The LIH Lecture Series and Workshops in Infection and Immunity, supported by the FNR, are gathering internationally recognised speakers to address topics around Infection and Immunity. Twelve lectures will be organised in 2017, followed by workshops especially dedicated to early-stage researchers. Please find here the full programme for 2017.

Attendance to the lectures and workshops are free of charge. Should you be interested in registering for the workshops, please feel free to do so by sending us an email. 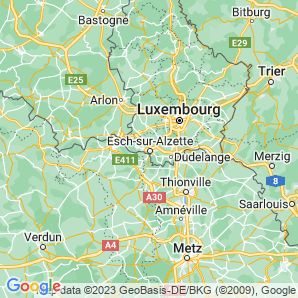